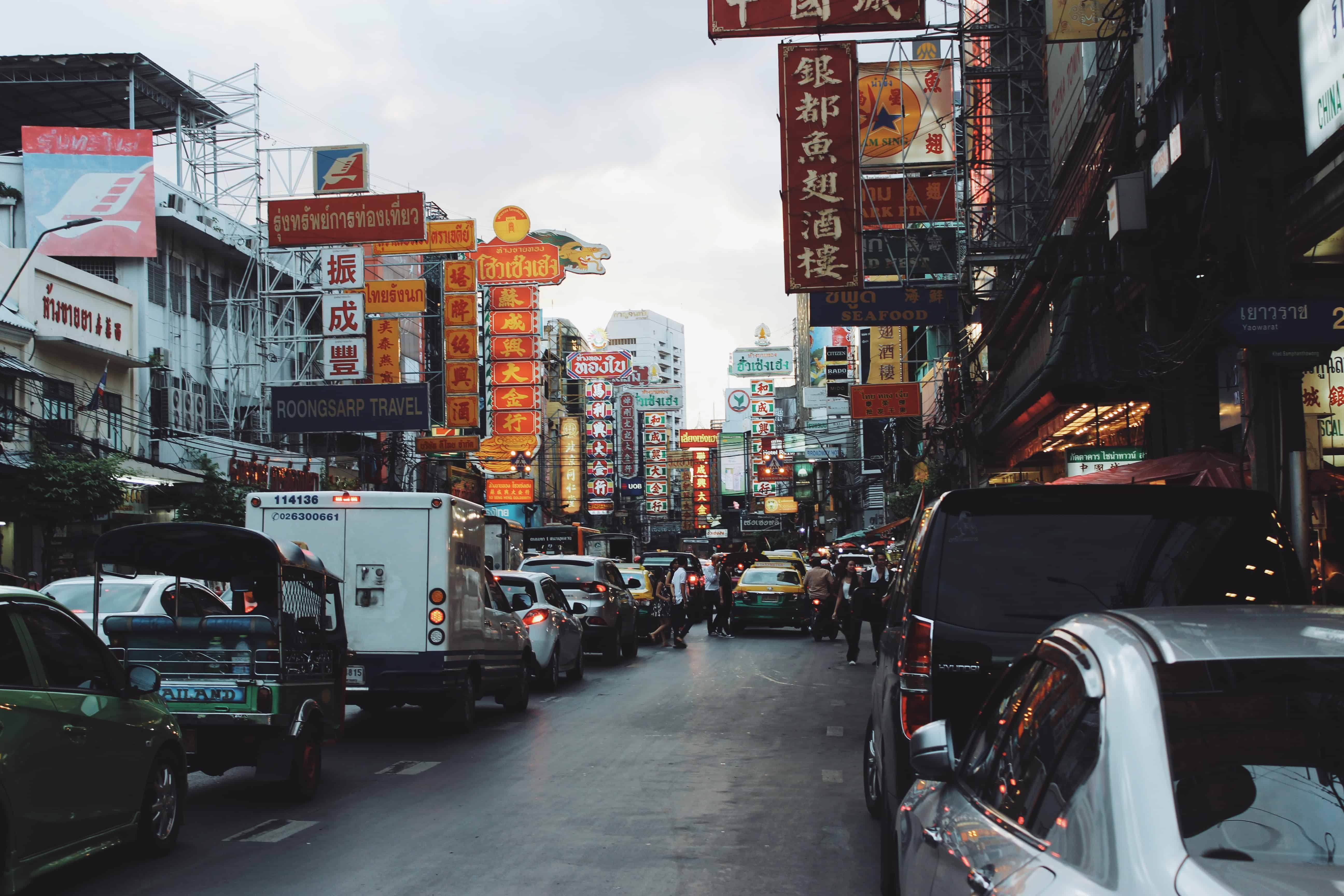 (How can you get a Thai driving licence for car and motorbike in Pattaya?)

The most important thing to consider when it comes to driving in Thailand is to ensure that you have the right license for the vehicle you’ve chosen. Whether it’s a car or a big bike, having a license that qualifies you to drive is the bare minimum precaution to take. That’s why J & E Concierge is here to assist.
Driving in Thailand is a good way to get off the beaten track, but there are a few things to be aware of before you hit the road.
While hectic in places, especially main cities, Thailand’s road system is generally quite good and well signposted with traffic signs, warning signs and regulatory signs in both Thai and English. Driving on open roads at night is not recommended, however, due to the increased number of heavy goods vehicles at this time. Truck drivers, in particular, have gained a reputation for not respecting car users, while motorbikes also pose a particular hazard as they weave in and out of larger vehicles.

Is it hard to drive in Thailand?

It should go without saying, but in a country, like Thailand, it’s important to ensure that you’re always wearing your seat belt. Whilst Thai law only mandates that front-seat passengers wear a seat belt, given the state of the roads and the often awful driving abilities of those using them, it’s better to wear a belt wherever you’re sat to protect you in the event of an accident. On top of this, there are several other laws you’ll need to be aware of, from turning left on red to the speed limits on different roads. By familiarising yourself with the rules before using them you can mitigate any chance of having an accident.
There are many cars, motorbike, and jeep rental firms, including many international firms. While it is legal to drive in Thailand with a valid licence from most countries, it’s worth noting that most companies will not give you a car or provide you with insurance without an international driver’s licence. This licence and a valid passport must be carried at all times while driving.
Whilst this is something you should do on any road around the world, it’s especially important in Thailand. It’s not unusual to see cars or bikes without lights, bikes driving down the wrong lane, drivers turning without indicating, and all manner of creatures on the roads, so it’s important to be on the lookout for potential hazards that could cause accidents at all times.
Even though other drivers might not signal before turning or switching a lane, it’s important than you still do. By signaling, you can help create the space to turn or prevent others from driving into you. Another tip is to use that horn; whilst it might be considered aggressive back home, it’s a great way of letting someone know where you are in Thailand.

Why do Thai drive on the left?

You must to know that in Thailand people drive on the left side of the road. On many rural roads, you’ll occasionally happen upon motorcycles, cars and even 12-wheel trucks maneuvering against one-way traffic. This is an extremely important one. We know, you’re on your holiday in paradise and you want to enjoy a drink in the evening, but if you do it’s imperative that you leave your car or bike at home. Thai roads are dangerous at the best of times, and driving under the influence of drinks or drugs is an accident waiting to happen. Even if you consider yourself to be below the legal limit, it’s worth keeping in mind that this isn’t the West, with big roads and wide pavements. Don’t take the risk; take public transport to the bar and leave the keys at the hotel.
If you ask a Thai why he prefers to drive on the wrong side of the road, against the traffic on the “emergency” lane, rather than take the next U-turn which is 2 kilometers away, his answer will probably be somewhere along the line of “ki kiaet pai U-turn”. If you ask this Thai girl why she doesn’t wear a helmet, maybe she will reply “ki kiaet sai”. Now ask this truck driver why he didn’t put on his turn signal before he turned and he may reply “ki kiaet peut”.
”Ki kiaet” means lazy in Thai and it is a derogatory word, like most words beginning by ki-. I’m not saying Thai people are lazy, but we can safely say that, generally speaking, they drive in a lazy way. It means that they choose the easiest, smoothest way to do things, not the safest, or not the most considerate. So I think that the “ki kiaet” attitude, whether you choose to translate it as lazy, or easy, or just “ki kiaet”, is a good way to understand the way Thai people drive. They are not lazy people, but they drive lazily, they choose the easy way to do things. That’s why you see them drive on the wrong side of the road instead of driving 2 kilometers to the next U-turn, that’s why they can enter a gas station through the exit or exit through the entrance, and that’s why they do all the crazy and dangerous things you see them doing.

Is it hard to drive in Pattaya?

A yellow line indicates the division of a two-way traffic road (it’s the centerline), whether a white line indicates a lane. A solid line can’t be crossed, whereas a broken line can be crossed if it is safe to do so.
Parking spaces
White squares indicate parking spaces. There can also be a specific parking space for motorbikes.
Big yellow “X” marks on the road mean no stopping on this area (usually so as not to block an intersection while waiting at a traffic light).
Curbside
A red and white curbside means no parking. A yellow and white curbside means no parking, but temporary loading/unloading of goods or passengers is allowed. Curbside can also be painted in black and white, to help distinguish them. Parking may be allowed, watch for the signs (and also watch for anyone who might be upset if you park).
Pedestrian crossings
A pedestrian crossing is those white stripes on the road that all vehicles ignore and that pedestrians sometimes venture on, usually ending up running for their lives.
Lanes
Drivers must pay attention to arrows indicating where their lane is going, especially in Bangkok. Some lanes are for buses only.
Traffic lights
The good thing about traffic lights in Thailand is that many of them have a counter indicating how many seconds remain before it changes color. Of course, everybody tends to rush when there are only a few seconds of green light remaining. But when it is red you know exactly how much time you have to wait, and you can relax. The not so good thing about traffic lights is that they are not always to be found in the same place. Sometimes they are just where you stop, or they can be across the intersection or hanging over it. You also have to pay attention to the arrows. So, mastering the traffic lights take a little practice.

Does not matter if you need a car or a motorbike, we can help you with both of them to drive on your holiday or however you decide to stay here. Make sure you make your time a paradise and enjoy every beauty of this country.
Feel free to contact us via email or through our phone number and do not forget to ask us if you need any other information.

Processing...
Thank you! Your subscription has been confirmed. You'll hear from us soon.